Clearing for fuelwood is exacerbating the effects of climate change and leading to a dramatic loss of biodiversity in the Nimba mountain region of Guinea. Wood is the main source of energy for the population; much of the wood is used for cooking. Improved, more energy-efficient cooking stoves are an important contribution to climate protection and forest conservation.

Compared to traditional cooking stoves, less wood is needed; they heat up faster and retain heat better, save time as cooking time is reduced, are more economical, contribute to environmental protection (less deforestation) and protect people’s health as they produce less smoke. 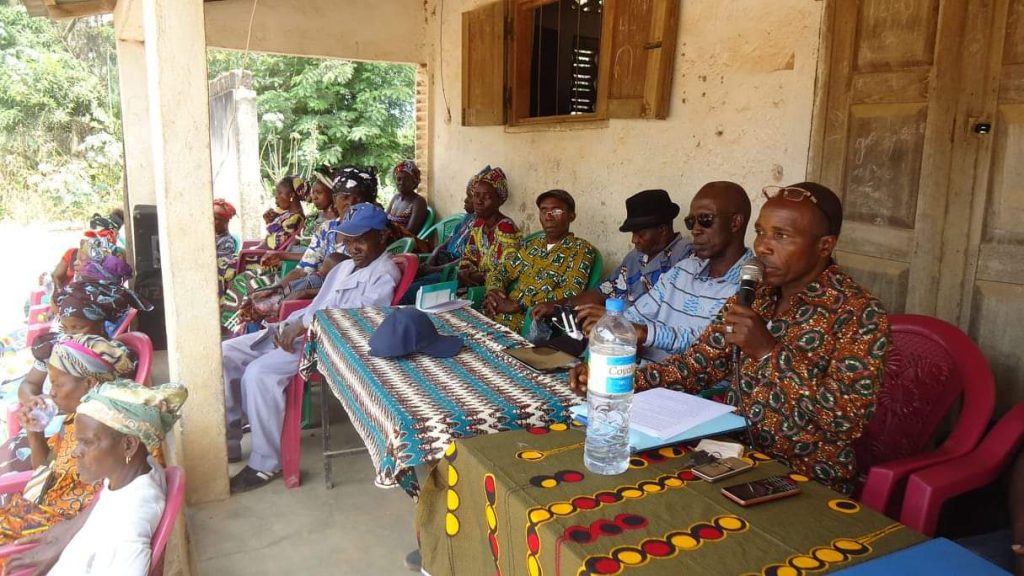 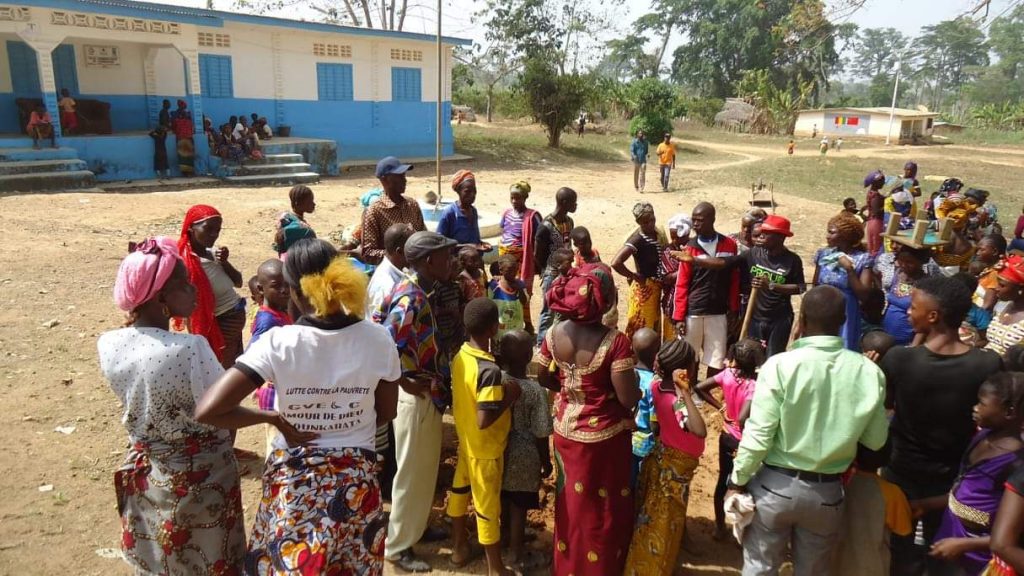 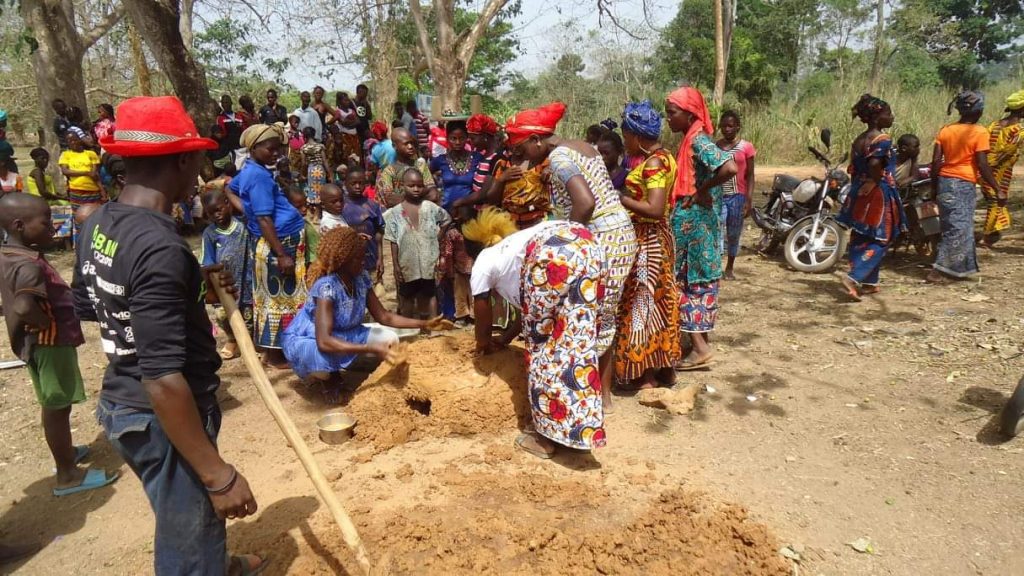 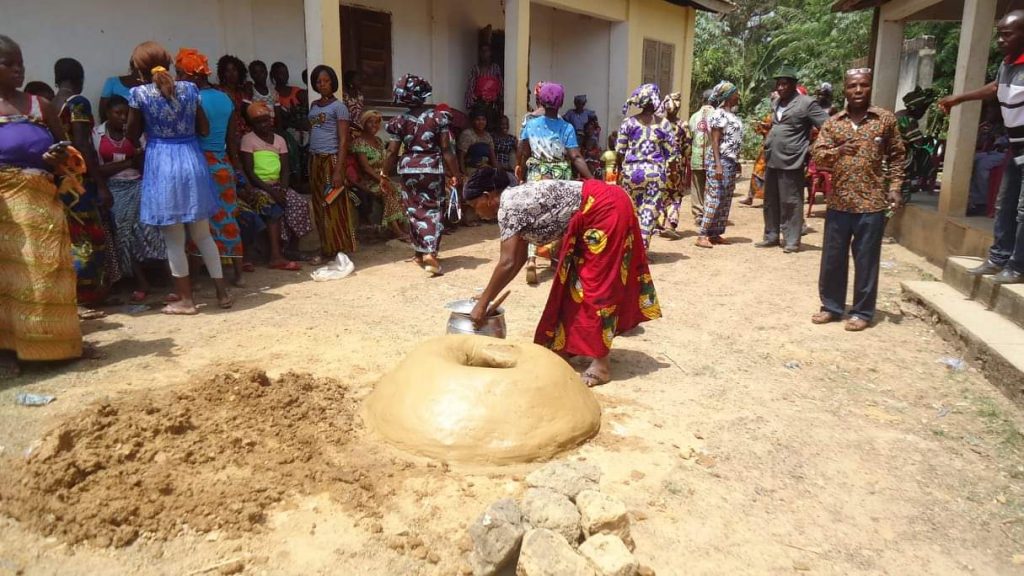 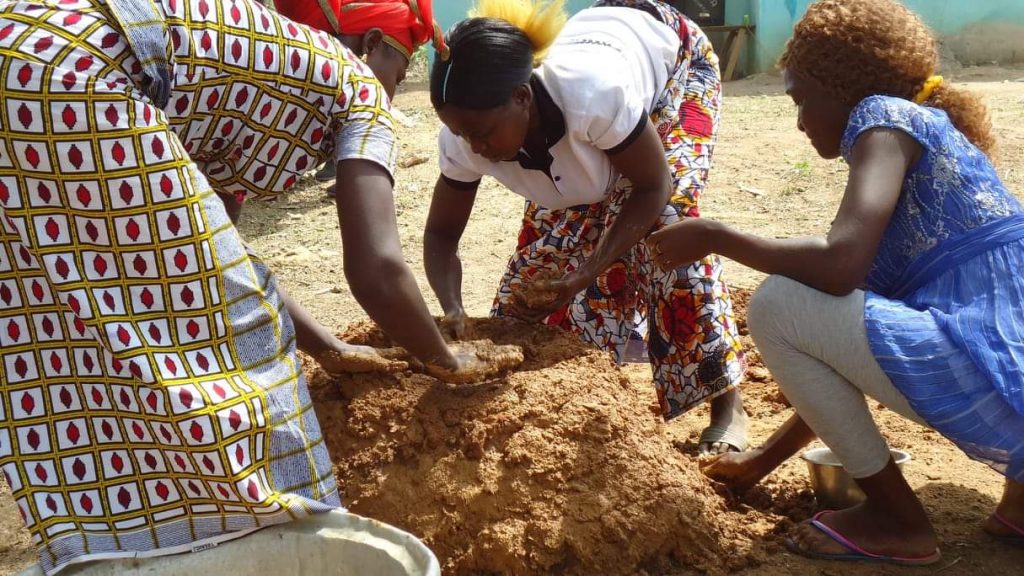 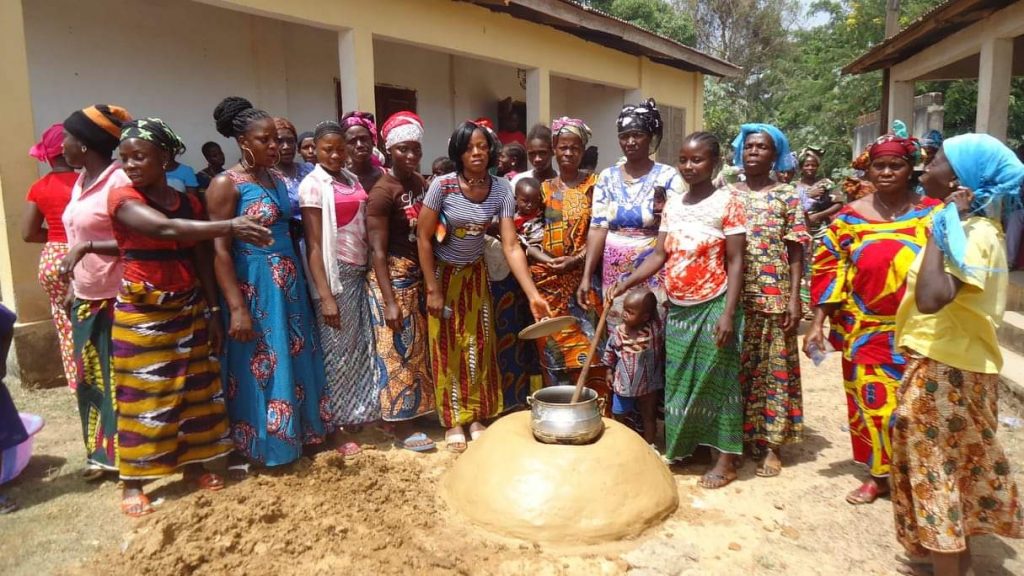 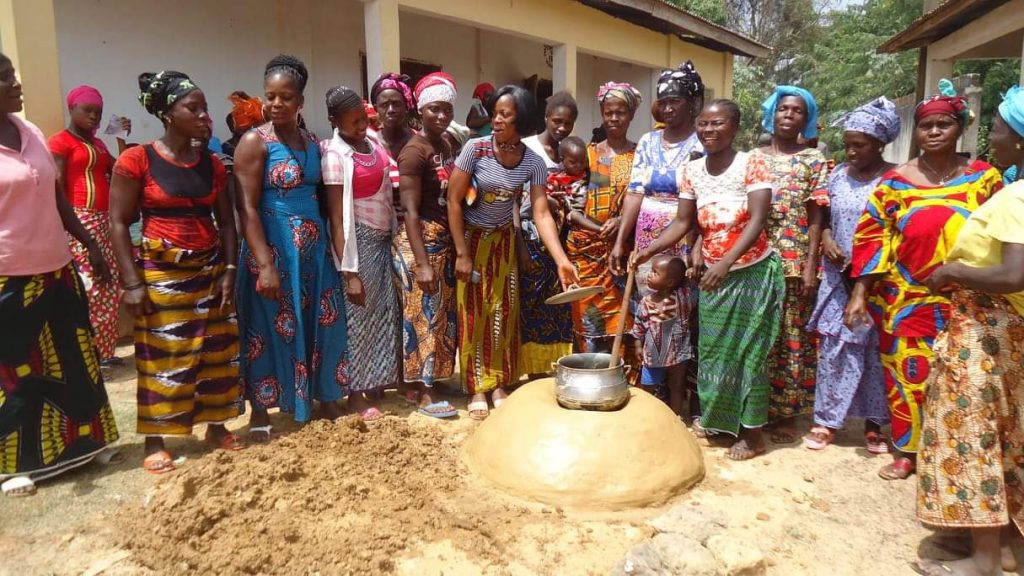 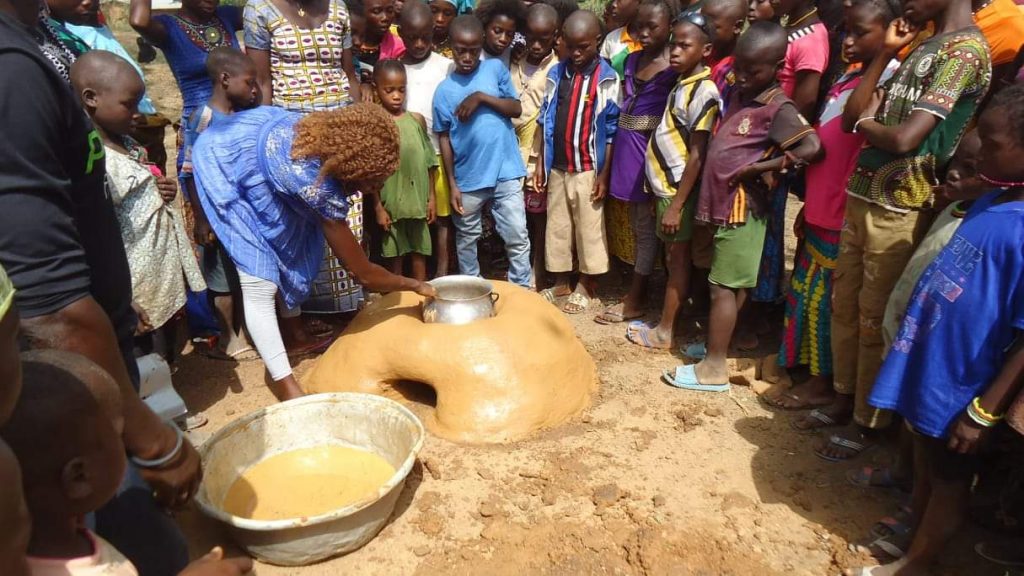 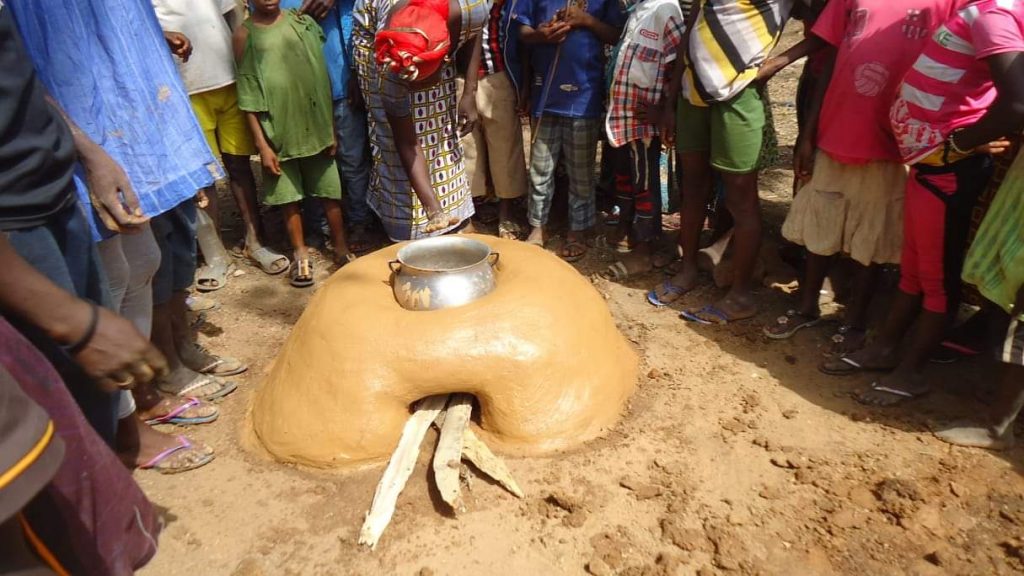 The rural communities of N’Zoo, Bossou and Tounkarata are located in the Mount Nimba Biosphere Reserve, in the border area of Guinea, Liberia and Côte d’Ivoire. The region is covered by mountain rainforest, grassland and savannah and is one of the most biodiverse and endangered ecosystems in the world. In 1981, the area was declared a World Heritage Site. Since 1992, it has been on the List of World Heritage in Danger.

By motivating and empowering the population to build improved cooking facilities, the population’s need for firewood, which is one of the main reasons for the destruction of the mountain forests, has been reduced. At the same time, the people in the three communities were sensitised to climate and environmental protection and the role of the women, who participated in the project with great enthusiasm, was strengthened in the village community.

The project team of the of Naturefriends Guinea (Alusfade-Guinée) supervised the project, informed the people in the villages about climate change and the importance of the mountain forests, and showed them ways in which they themselves can contribute to protecting the climate and the environment. One concrete way is to use improved cooking stoves instead of the traditional fireplaces, which require much more wood.

The women were impressed by how easy the improved cooking stoves can be constructed and how they improve their lives, e.g. by taking less time to collect firewood and emitting less smoke that is harmful to health. And they also understood that the improved cooking sites help protect their environment and the surrounding forests, which are important for their future.

I was pleased to see that the project team worked closely with the villagers to prepare the ground for the activities. And I was impressed by the successful mobilisation of local officials and traditional authorities, as well as the massive presence of women, who are the first beneficiaries of the improved cooking facilities.

The project was implemented in 2018/2019 with donations from the Naturefriends Climate Fund amounting to € 6 800.